2009: Republicans soundly reject HR 4321 and demand more Immigration Enforcement from Obama & the Democrats before they will move an Immigration Bill forward. 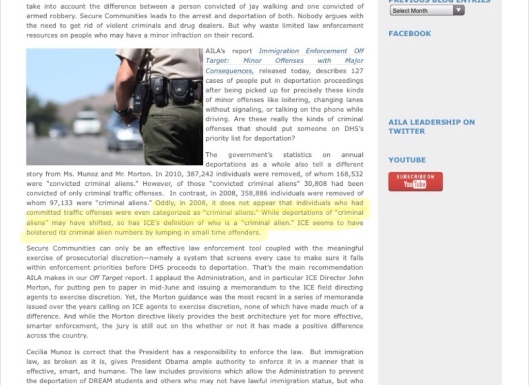 2009: In a complete 180, House Democrat David Price sponsors HR 2892 which creates the Congressional Bed Mandate requiring a minimum number of 33,400 Immigrants to be in detention at any time. It passes the House with a Democraric Majority.

June 5, 2013: Ted Deutch calls for an end to the Congressional Bed Mandate which has been continued in every House Department of Homeland Security Appropriations Bill since Rep. David Price’s HR 2892 was passed in 2010. Deutch’s call to end mandatory detentions of now 34,000 immigrants nightly is defeated largely along party lines but with the help of 11 Democrats as well.

October 1, 2013 is the first day of the fiscal year covered by HR 2217 which continues the 34,000 mandatory minimum immigrant lock up.